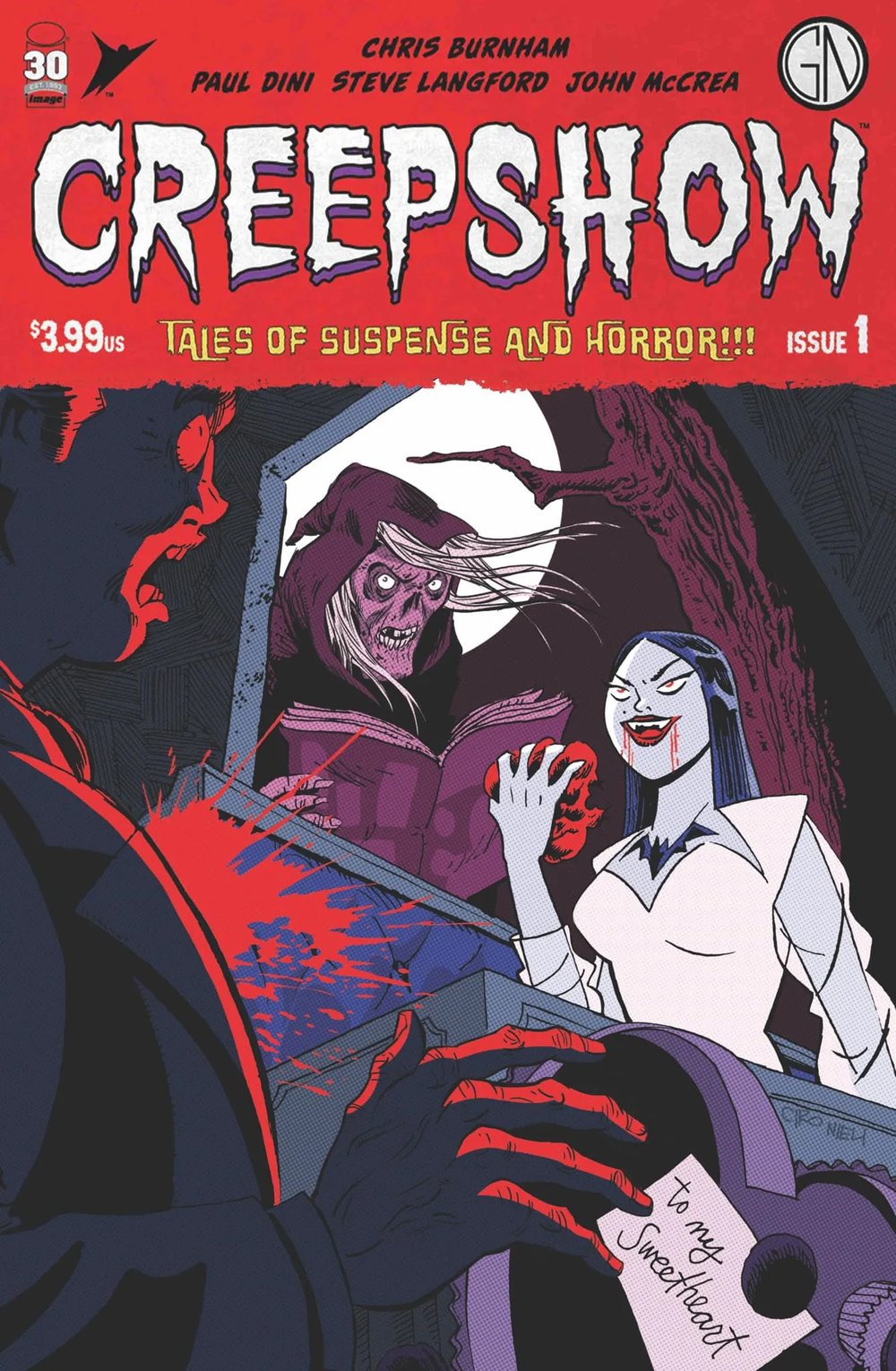 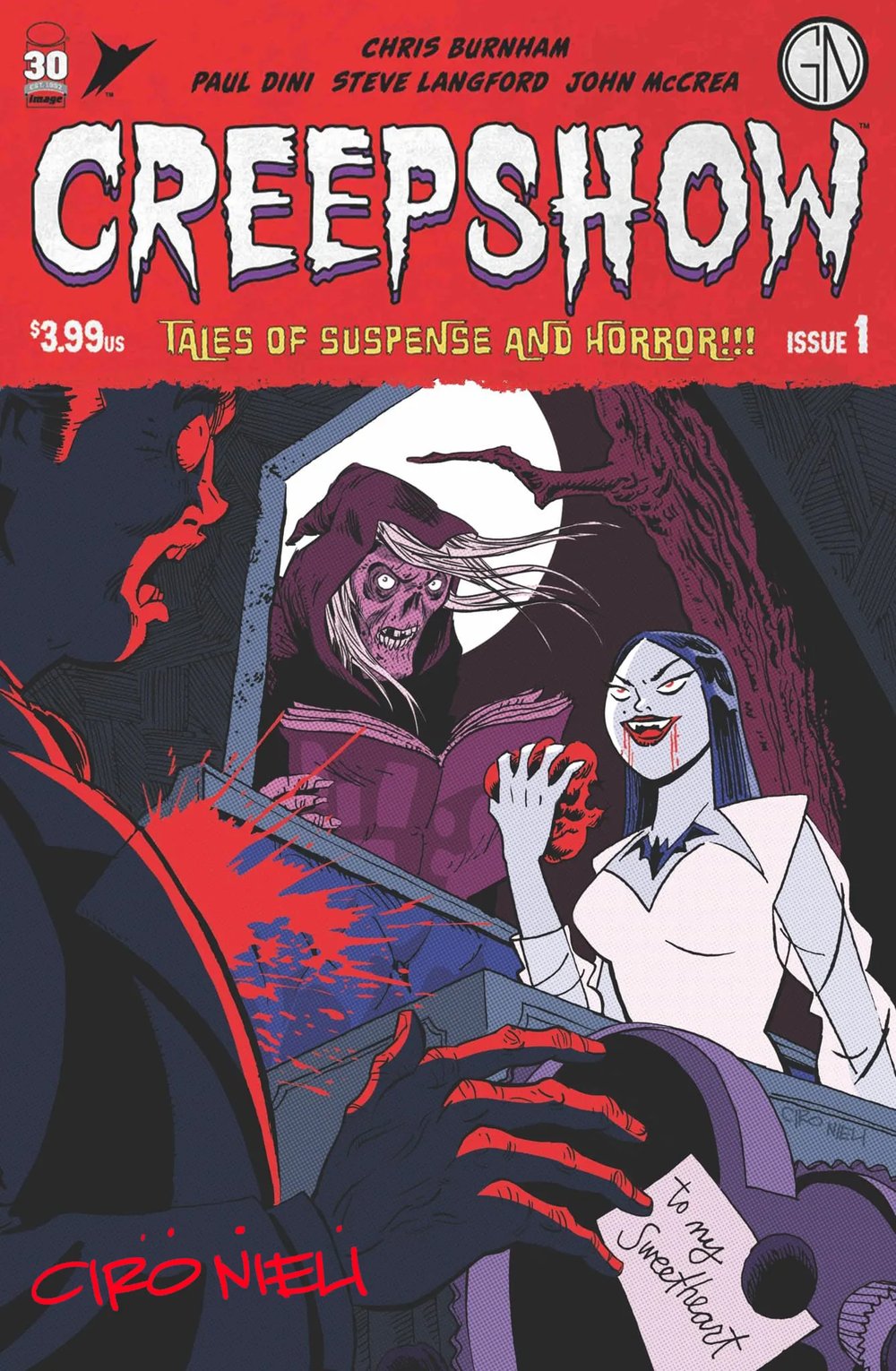 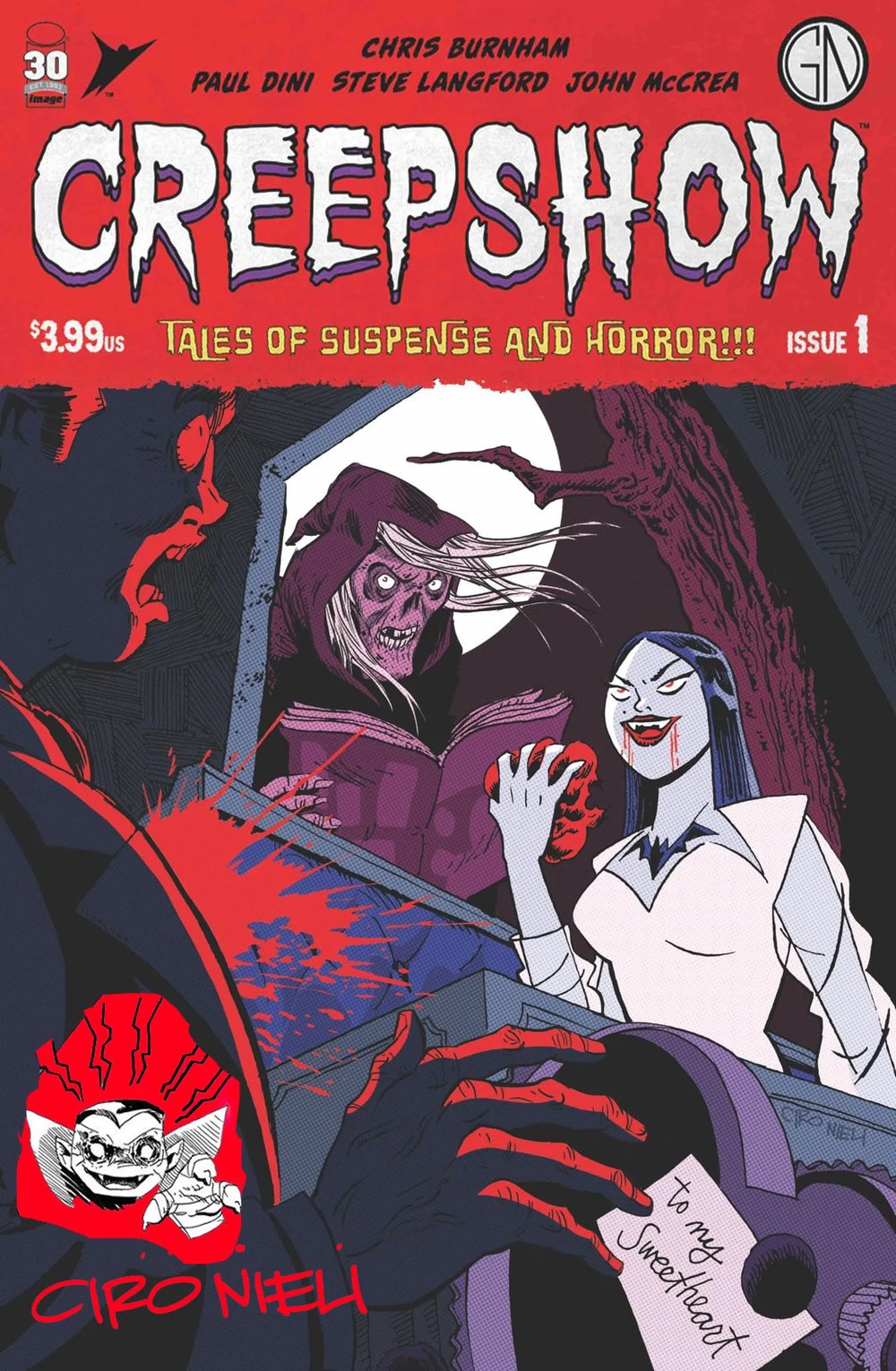 The worldwide phenomenon based on the hit Shudder TV series comes to comics in a star-studded five-issue anthology series that will SCARE YOU TO DEATH. In the debut issue- CHRIS BURNHAM (DIE!DIE!DIE!- NAMELESS) terrifies with a tale of trick or treaters who are taught what happens when you mess with the wrong house. Then- legendary Batman: The Animated Series creator PAUL DINI- STEVE LANGFORD- and JOHN McCREA (DEAD EYES- Hitman) petrify with the party antics of Shingo- the birthday clown with an appetite for more than cake! Each issue of CREEPSHOW will feature different creative teams with uniquely horrifying standalone stories.